The best way to solve a performance problem with an Android application is to profile the application by tracing the execution. This way, you can make decisions on what to improve based on real data and detect bottlenecks in the application. In the Android SDK, the Debug object handles the profiling, and the TraceView utility is used to view the generated trace file. I will describe how to profile using the tools included in the Eclipse Android SDK plugin, but you can also use the traceview command.

Keep in mind that a .trace file can get pretty big, so be careful to trace only the parts of the application that are problematic. If you have no idea what to profile, you can trace at large the first time and drill down to specific sections later on. Also, execution is slowed down when methods are traced, so you should only compare traced execution time with another traced time.

Profiling from the code

Profiling for the code allows you to analyse a section which you already suspect is problematic. To profile from the code :

Profiling during debugging can allow you to pinpoint a problem appearing at random times during the execution or for which you are unsure which lines of code are causing the problem. 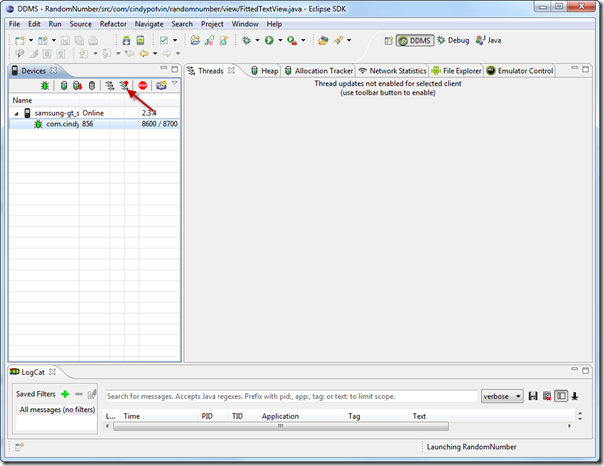 When opening a .trace file, the following window is shown : 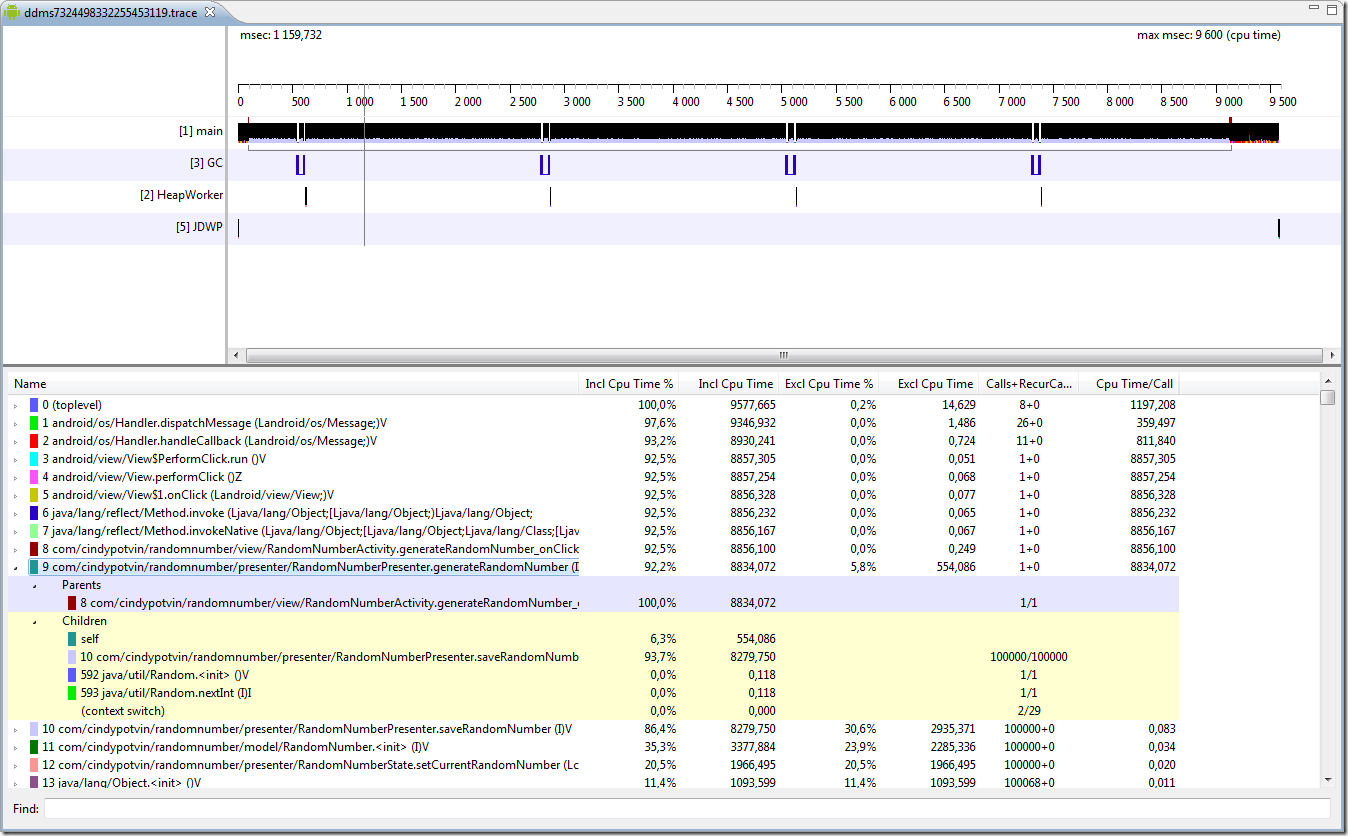 At the top, each thread has its own timeline. In this application, there is only a main thread, the other threads are system thread. In my opinion, the most interesting columns are :

You can drill down on any method to see the child methods and analyse them. In that case, drilling down on the generateRandomNumber method shows that the child method saveRandomNumber makes up the bulk of the execution time. In fact, if you look at the Calls column you can see that it was called 1000000 times. The method was called multiple time for the test, but for a real profiling case this is where you should paid attention : the number of calls may be reduced, or the execution of the method optimized.

Adding a favicon to a site Introduction to LESS : an easier way to create CSS stylesheets